AZURE is an independent magazine working to bring you the best in design, architecture and interiors. We rely on advertising revenue to support the creative content on our site. Please consider whitelisting our site in your settings, or pausing your adblocker while stopping by.
Save energy and get closer to achieving Carbon Neutrality
Gallery
35+ Years of Design: 2020+

As we update our anthology with the big design moments of the recent past and look forward to the trends that are shaping the future, we’re also asking, “What kind of future do we want to create together?” 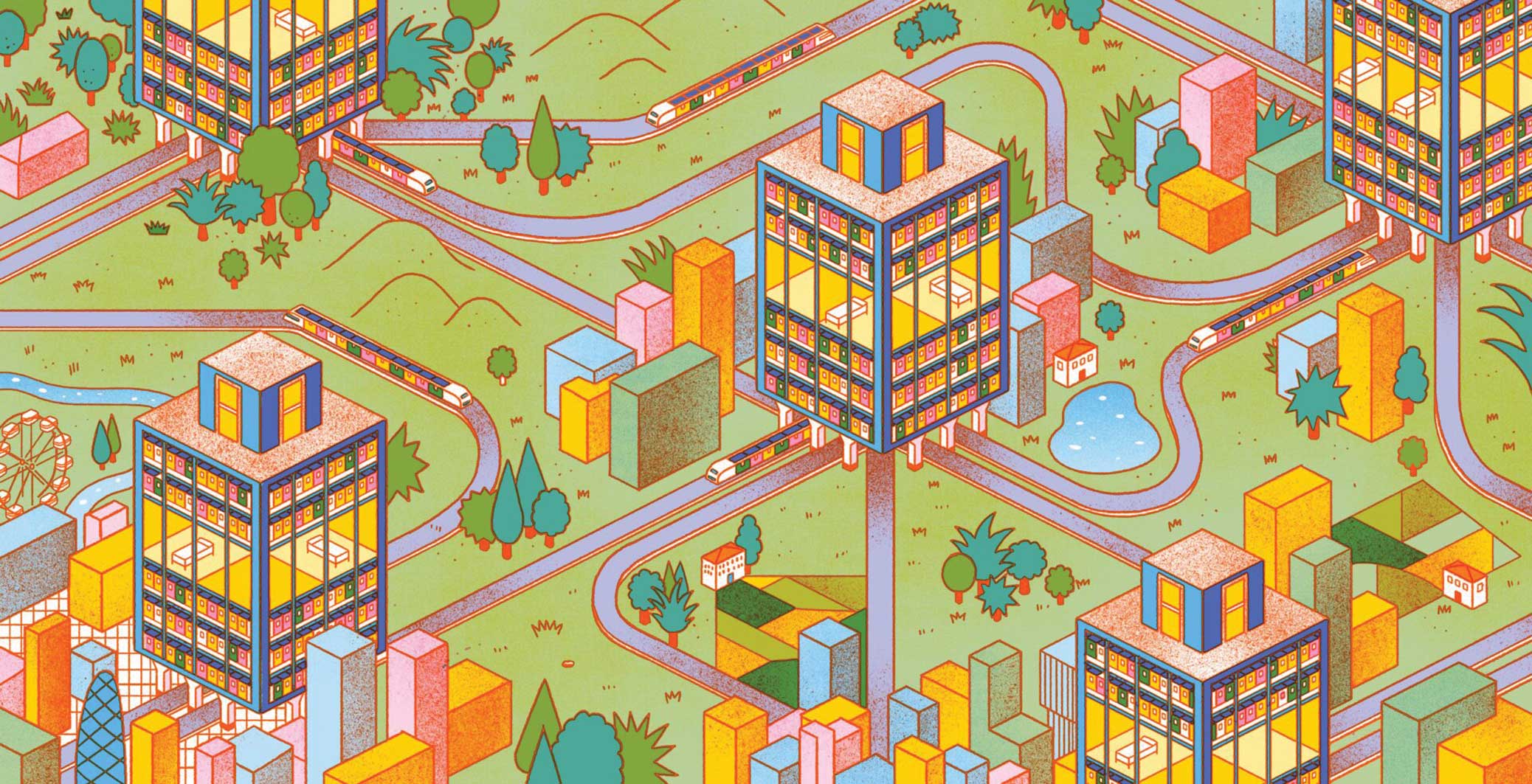 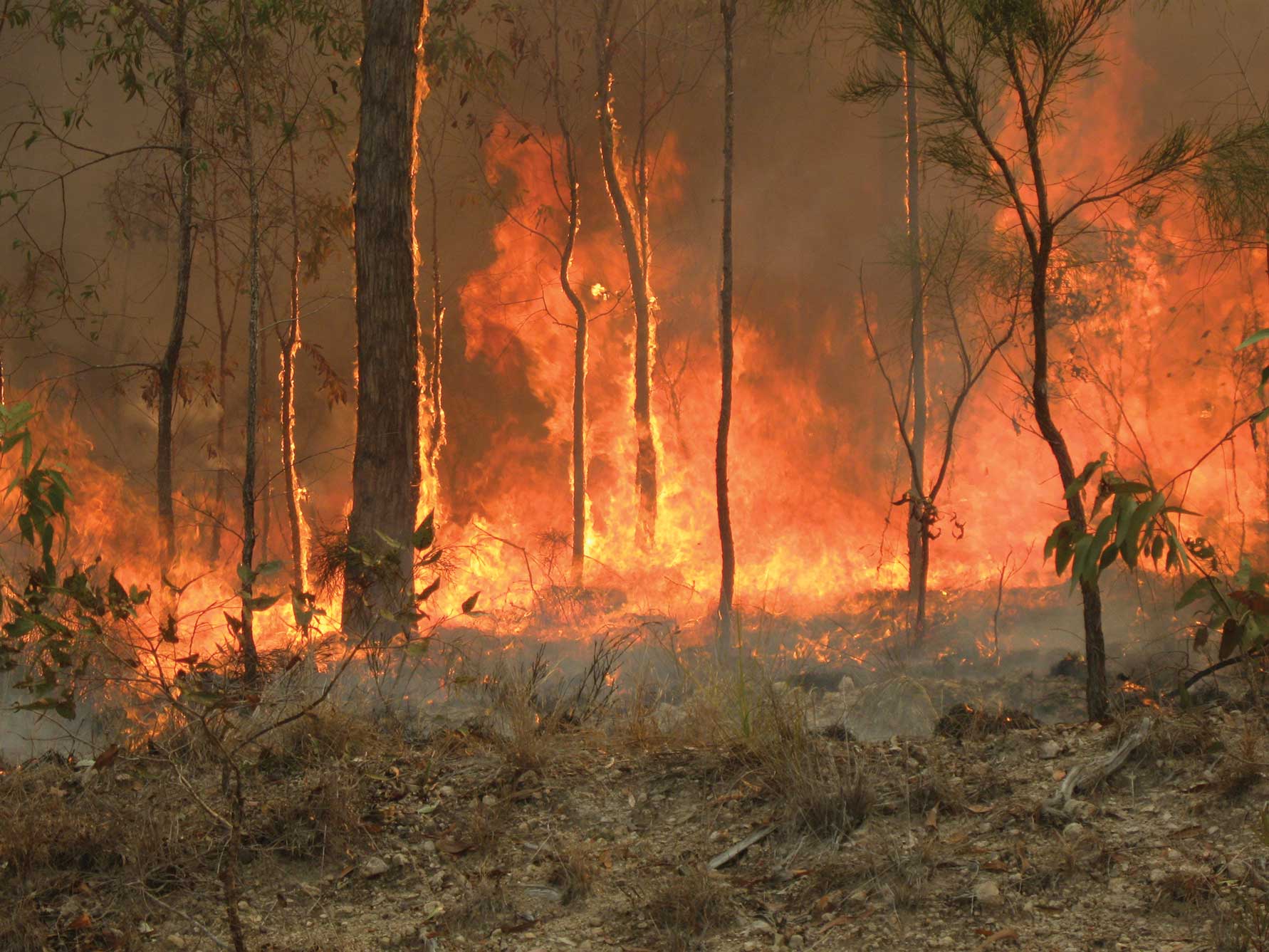 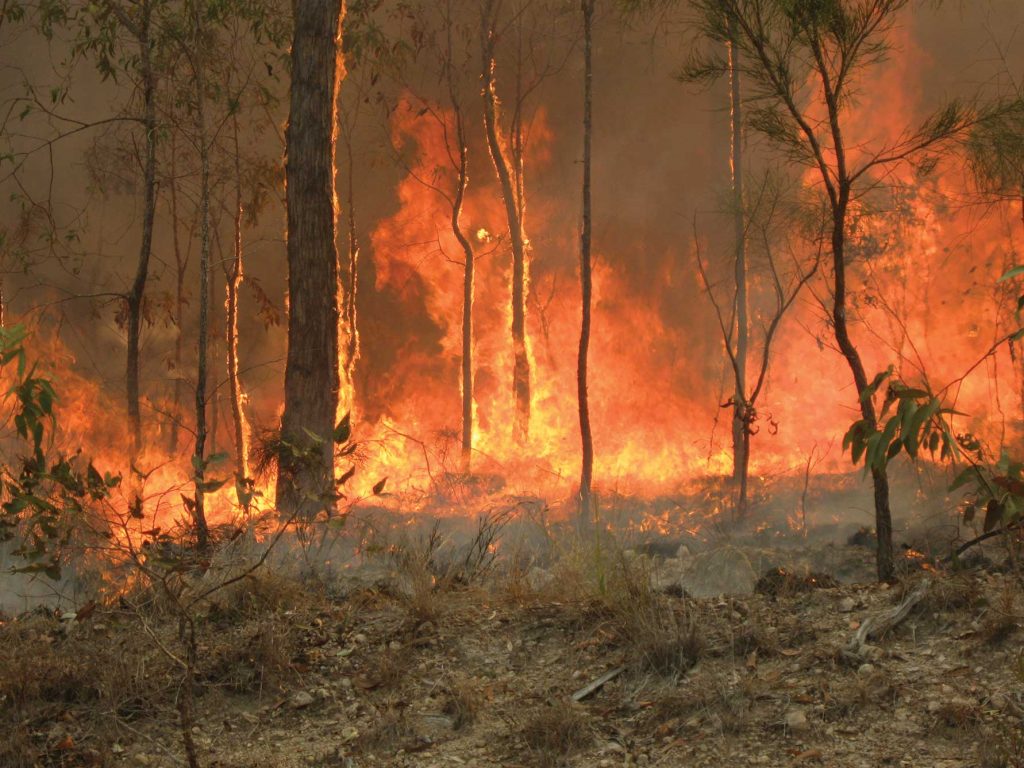 At the beginning of the new decade, harrowing scenes of Australia’s wildfires set off alarms around the world. While they wrought destruction, forced mass displacement, claimed dozens of lives and affected hundreds of already threatened species, the uncontrolled bushfires also spewed 306 million tonnes of carbon dioxide into the atmosphere. This ecological disaster came on the heels of California’s uncontrolled wildfires of 2019. How much clearer a message do we need that climate change is a global crisis requiring our immediate and sustained attention? The art and architecture communities have released manifestos — such as “Architects Declare” and the Tate Museum’s “Climate Emergency Declaration” — while grassroots activists such as Extinction Rebellion and the Swedish teenager Greta Thunberg are fighting to keep the issue front and centre. But we are confronted daily with evidence that we aren’t doing nearly enough. And yet, now is the time to act: to protect our natural habitats, to build more efficiently and make our cities less car-dependent, to invest in carbon-fighting technologies and to bolster the social safety net so that we can meet the uncertain future with more resilience. 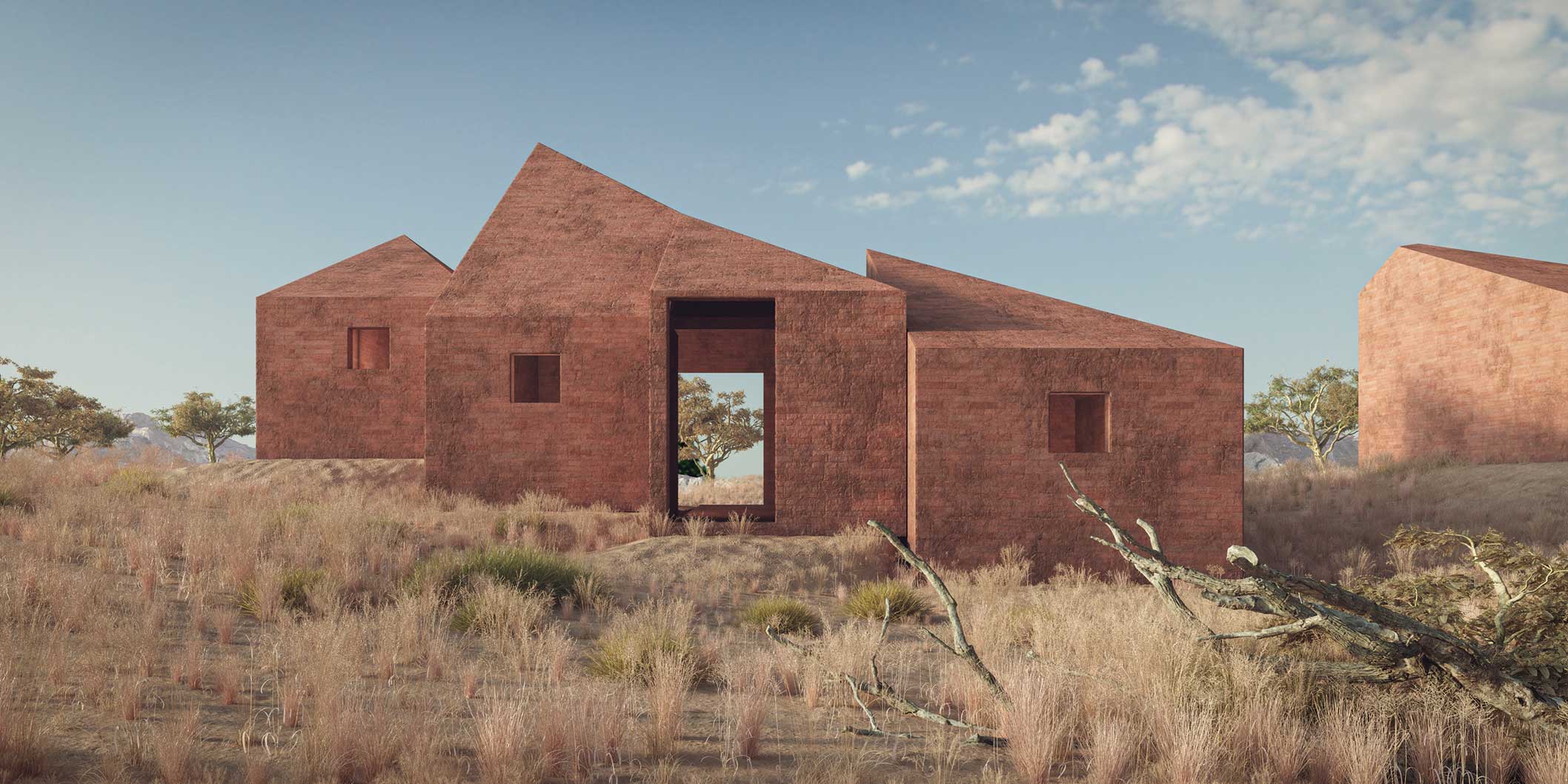 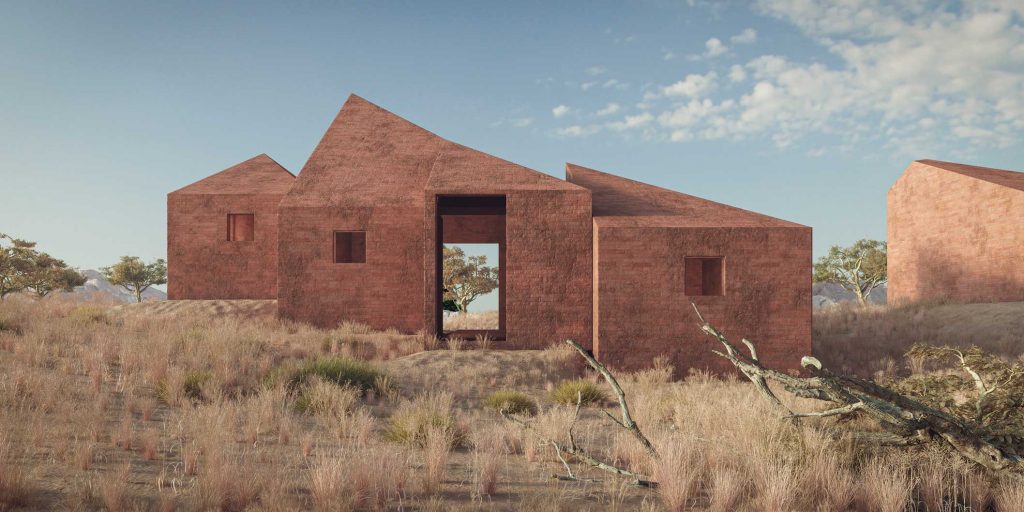 Glass and steel skyscrapers will continue to rise and architects will continue to speculate about building on Mars, but we’ll also be seeing a return to the earthiest of materials. Representing a yearning for the local and essential — and for warmth and comfort — terracotta finishes and mud bricks will have an enduring appeal as the decade continues. In architecture, this trend is epitomized by projects like Marc Thorpe’s proposal for Senegal’s Dakar Houses, a series of earth-brick residences (shown) for the craftspeople of Moroso’s ongoing M’Afrique line of furnishings. 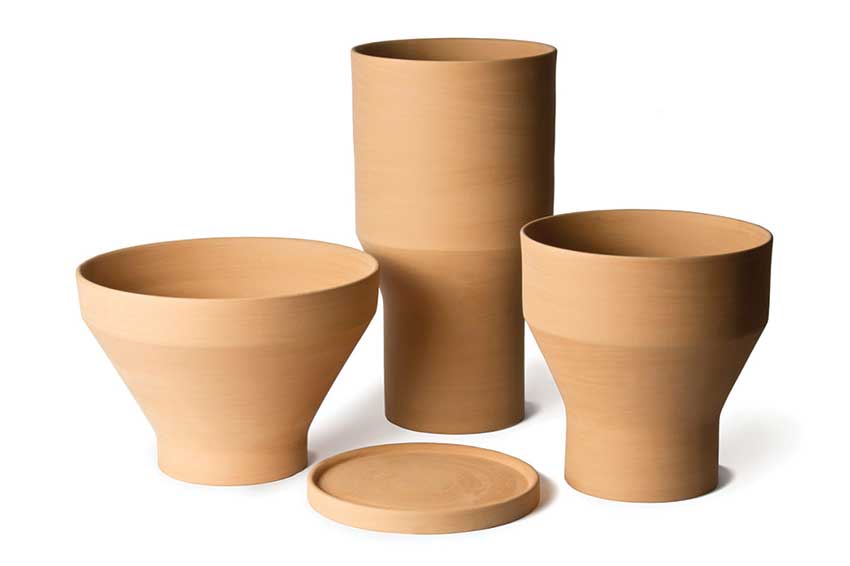 In the design realm, it’s also at the heart of the terracotta trend, exemplified by Giulio Iacchetti’s elemental Mira vase series (shown) for Giuseppe Mazzotti 1903. 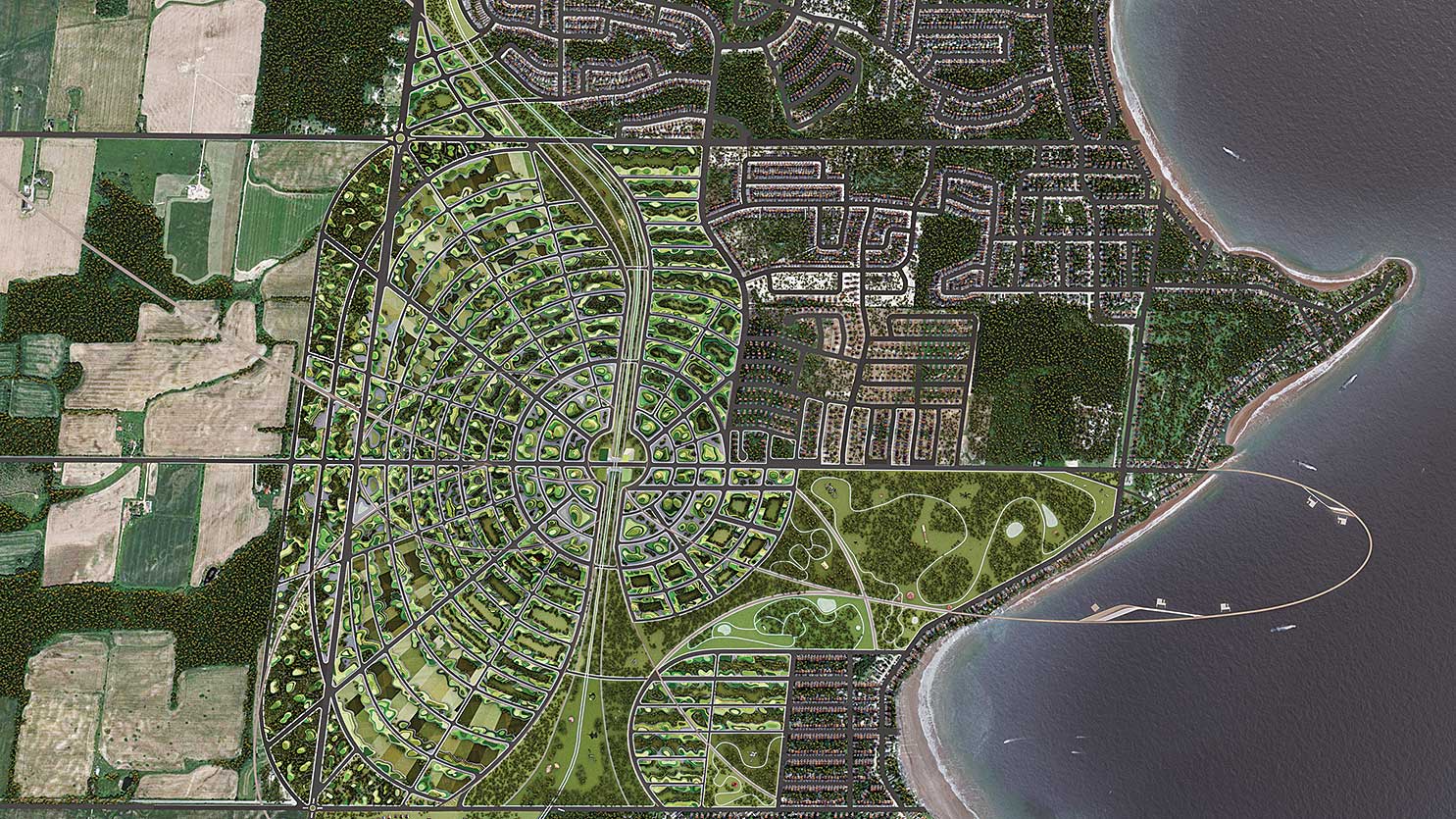 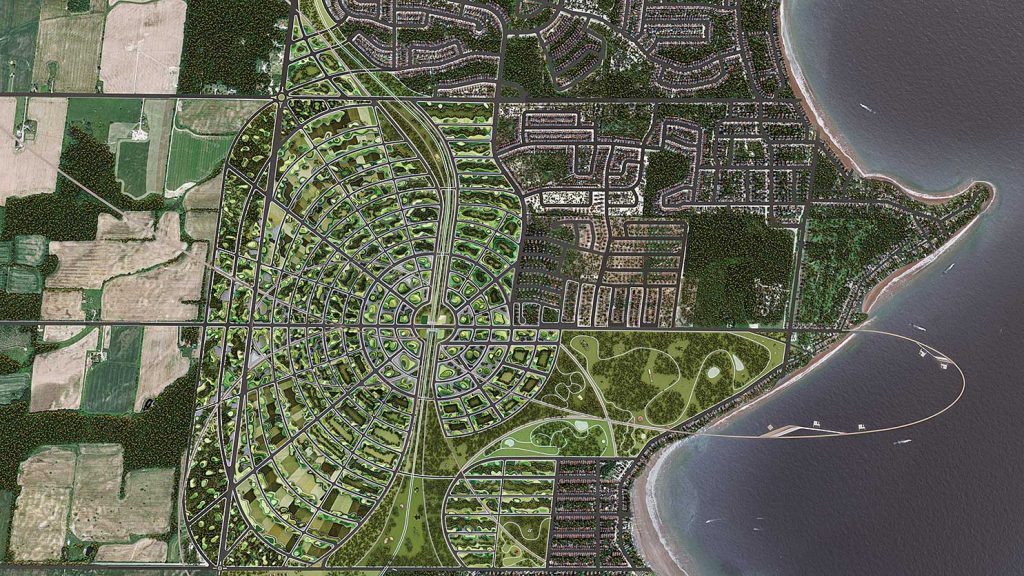 Utopia revived? Some 60 kilometres north of Toronto, the semi-rural town of Innisfil is an unlikely site for revolutionary design, but that’s just what architects Partisans have in mind. Dubbed “The Orbit,” the Innisfil master plan (depicted in a rendering by Norm Li) envisions a new urban centre orbited by concentric rings of smaller buildings that gradually meld with the pastoral landscape — complete with AI infrastructure and a fibre-optic streetscape: the Garden City meets Burning Man in Ontario. 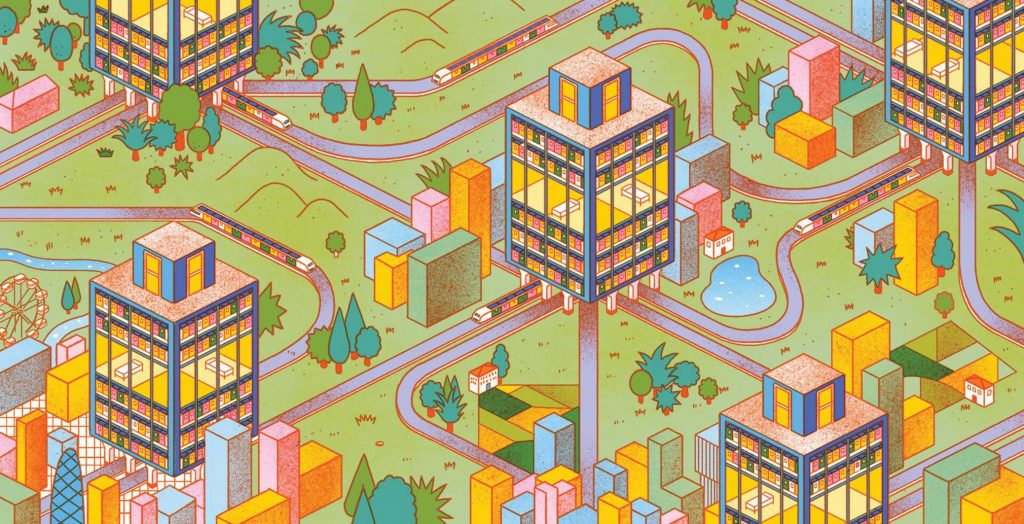 From Co-working to Co-living

Just as WeWork was beginning to unravel, the realm of co-working began to morph into the future of co-living. The prevailing notion is that we’re all going to be roomies one day, sharing common amenities like kitchens and living rooms in dorm-like settings that maximize our creativity and productivity while adding yet another option to our housing-deficient cities. (Shown: futuristic visualizations by Ikea’s Space10 think tank.)