Save energy and get closer to achieving Carbon Neutrality
How Decimal Lighting Carved Out Its Niche
The founders of Decimal lighting have turned a tech-based background into a 3D-printed lighting line with a distinct identity all of its own.

“The world is full of designers and products – does it need another lamp?” Alejandro Barerro is recalling the questions that led to launching his Decimal lighting brand with co-founder Omar Reul. The longtime friends originally met in a Vancouver classroom where they were taking part in an international exchange program and had maintained the friendship after returning to their native Mexico. Years later, after working together at a lighting company, the hand of fate pushed both back to Vancouver, where they hatched an idea. 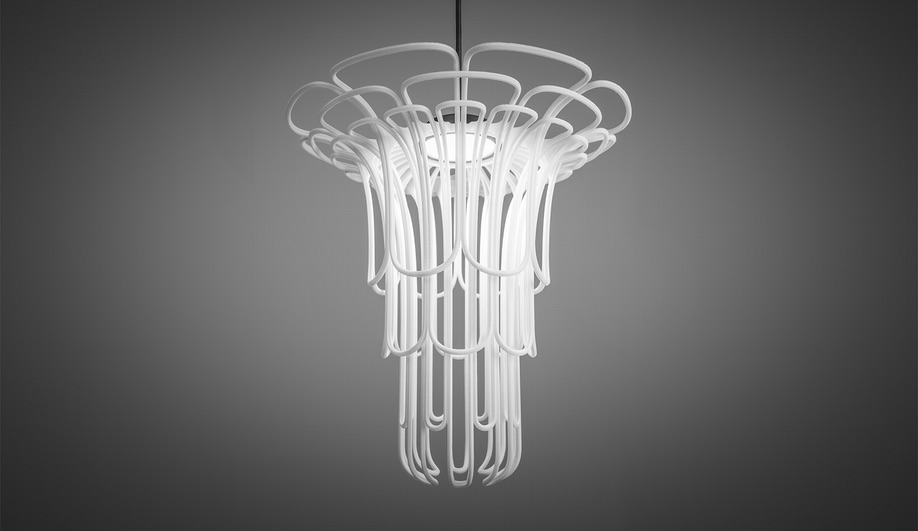 Reminiscent of an Art Deco building, .014 was designed by Montreal’s Guy Snover.

“Omar and I shared a background in commercial and industrial lighting, but we both were always interested in the design side,” Barrero says. “With the knowledge we’d gained (working in sales and product development), we thought we could do something that’s relatively unique.” 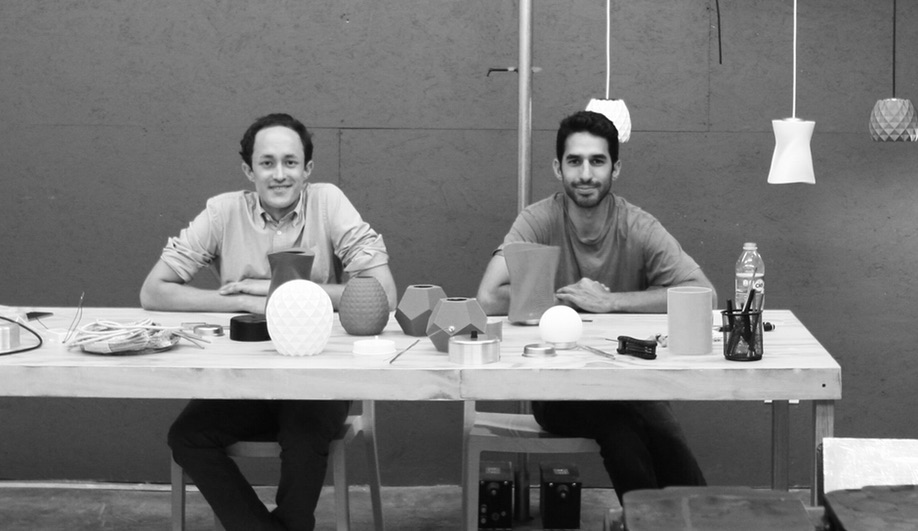 Noticing that some of the most beautifully designed lamps were often paired with low quality bulbs, the duo felt they had identified an issue to which they could provide a solution. “Designers were creating these beautiful objects and then they just, say, go to big box store and buy a cord and a lightbulb – it’s not like the actual light is being designed for the product itself. So we said, ‘why not build a really good source with a superior quality of light?’” 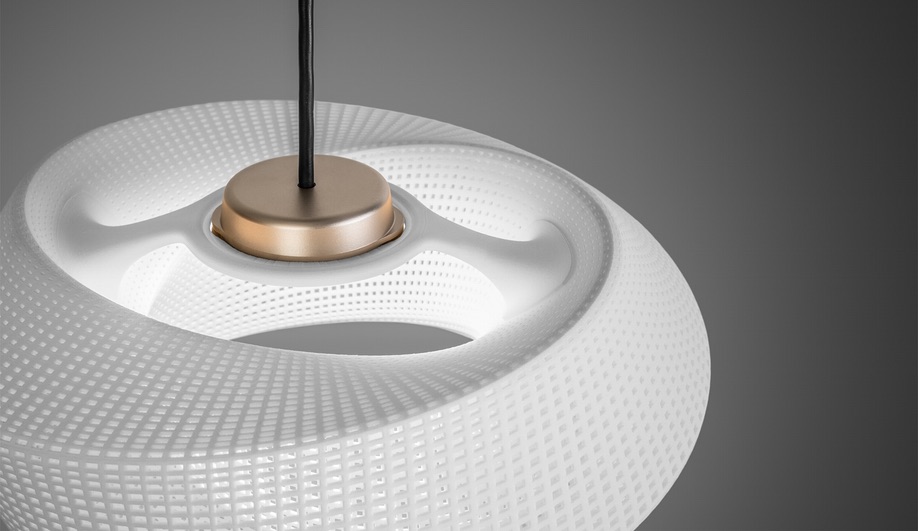 Decimal’s proprietary LED module is used in each of the brand’s lamps and provide a superior quality of light in an anodized aluminum housing.

This LED module is the jumping off point not only for the company, but for each of its lights. A proprietary product, the “skeleton” of the module is a high quality electrical cord, with an aluminum housing available in three anodized finishes – natural, black and gold. “We machine the aluminum and do the finish, we mount the LEDS in the printed circuit board that’s inside – all of that we assemble ourselves in Mexico City,” says Barrero. The light boasts a >92 chromatic reproduction index that renders colours beautifully and is not only dimmable, but incredibly resistant and resilient, with a lifespan of 70-80,000 hours. 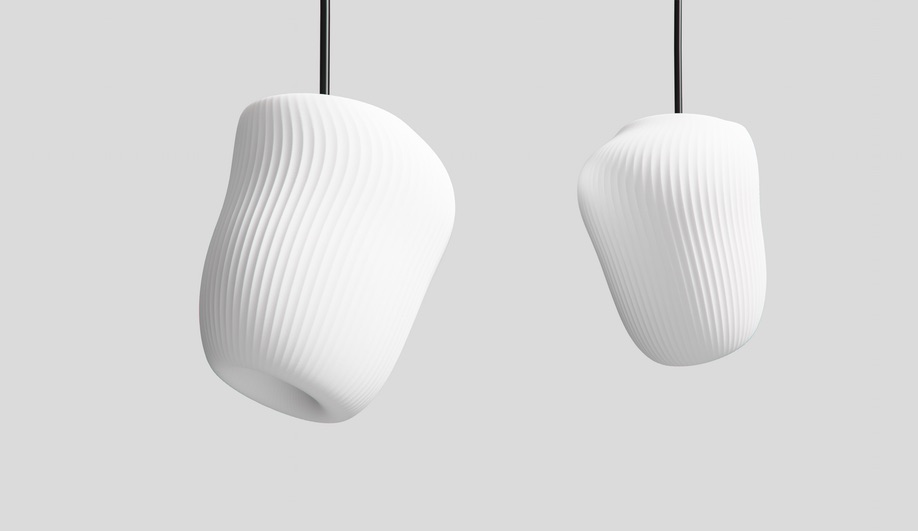 With this perfected LED module in hand, Decimal’s founders were on to the next step – the shades. “We always told ourselves, its all about collaborations nowadays: everyone doing what they’re best at,” says Barrero. The original idea was to work exclusively with Mexican designers, but they soon realized through that long-ago high school exchange and later travels they had a network of people who could help them tap into a global pool of design talent. 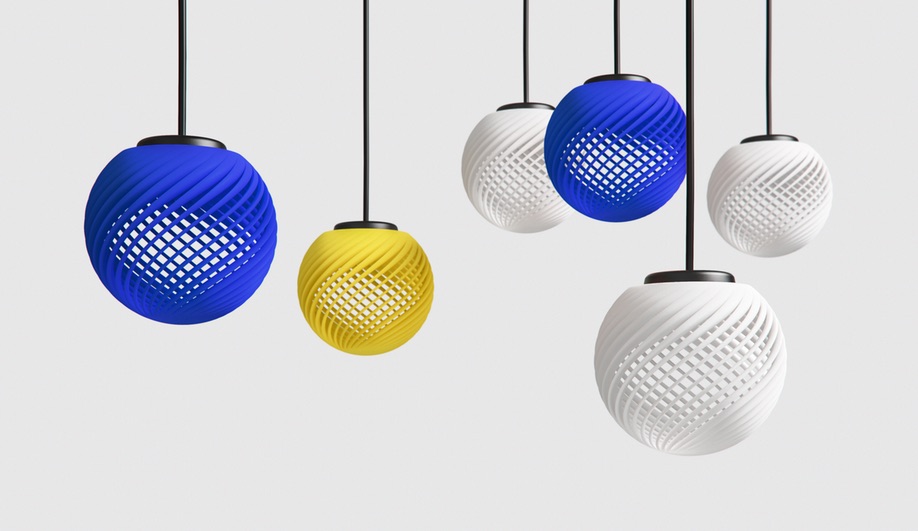 The young entrepreneurs chose 3D printing to pair with the proprietary module as a common thread that ties together the collection. “We don’t need to be bouncing prototypes back and forth through UPS, instead we can print them, and [the designers] can print them wherever they are… it’s a really good mechanism for collaboration,” Barrero says. It also enabled the designers to realize shapes and forms that were impossible with other manufacturing techniques. 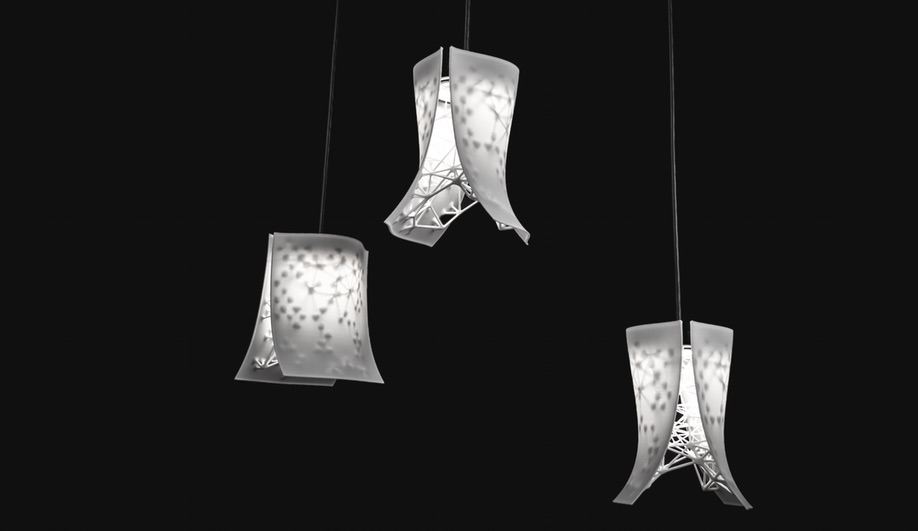 Adding 3D printing to the mix made it easier to identify the profile of designers Barrero and Reul wanted to work with. “They need to be tech-savvy – people who are working with technologies. And they should also be working with creative or unique shapes or forms…. like parametric design.” 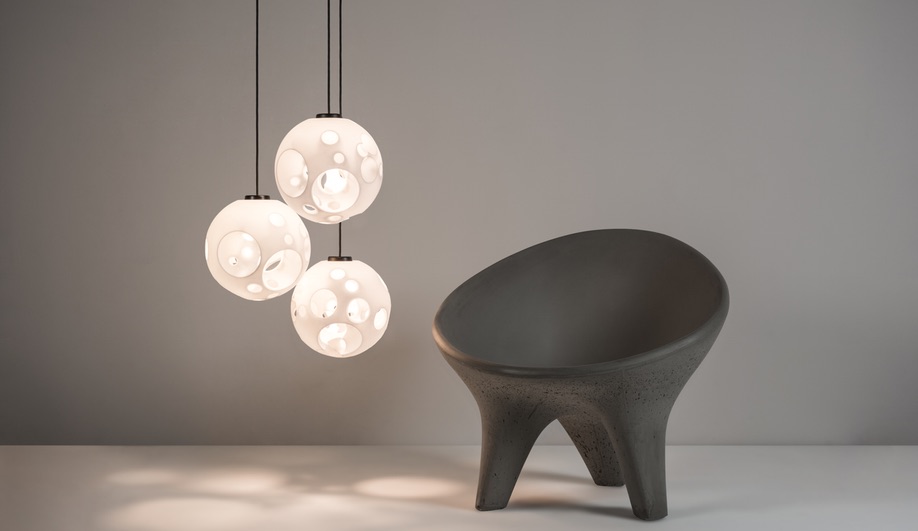 Toronto firm Partisans launched the moon-inspired .015 with Decimal this past January.

Initially, it was difficult to convince designers to get on board, with no proof of concept. But since officially launching the line at Toronto’s Interior Design Show in 2018, the sailing has been a little smoother. The most recent iterations of IDS – in Vancouver in September and Toronto’s January show – saw Decimal add new pendants to their collection, all of which are designed around the same base that simply twists onto the brand’s proprietary LED module. Each numbered, rather than named, the latest pieces include the lunar landscape-inspired .015, designed by Toronto it-studio Partisans, and a swerving form based on the never-ending Mobius strip, designed by Mexico’s Ariel Rojo, who is also behind .002. “One of the really cool things about this is that the designers are also sort of ambassadors of the product in their cities and countries of origin, says Barrero. 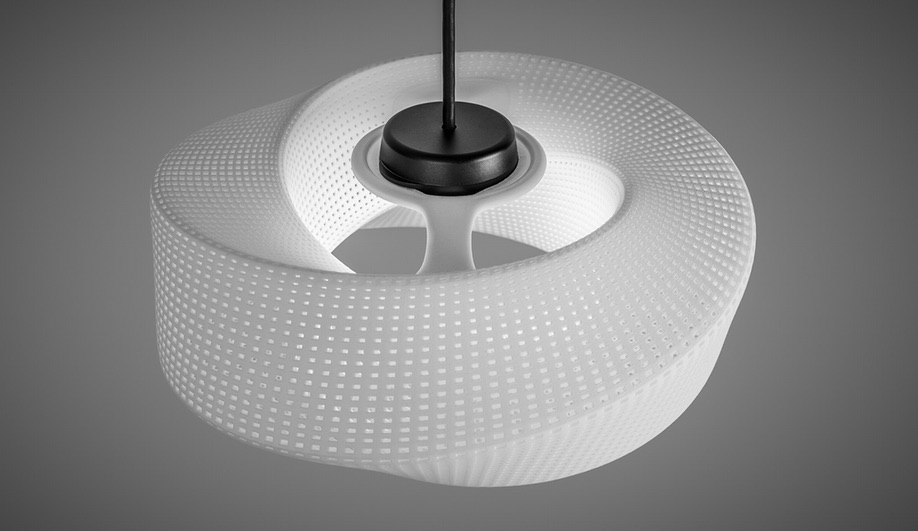 Ariel Rojo designed the brand’s second lamp, as well as this new piece, which is made to evoke a never-ending Mobius strip.

Based in Vancouver, where Barrero is living, and Mexico City, which Reul still calls home, Decimal works with suppliers that print the products; the brand itself doesn’t own any of the equipment. This allows for flexibility to work on smaller volumes as the company grows, and to always employ the latest technology. “We print on demand, so we only print what we need and we don’t end up with a bunch of excess stock that we needs to be put on sale or in store,” Barrero explains. They also have the ability to choose printing facilities closer to customers in order to reduce shipping times. And it’s easy to customize for clients in the trade. “In our catalogue we have set sizes and colours, but for a specific project we can basically do any Pantone colour – like say Starbucks wants them in Starbucks green, we can do that.” 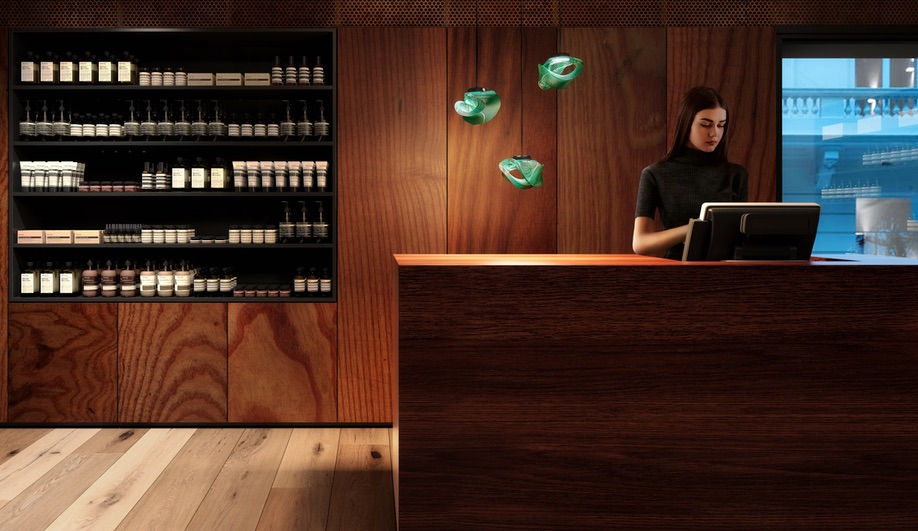 A larger version of .011, the work of Russian jewelry designer Evgeniia Balashova, is in the works for the future.

The newest designs are larger than the initial collections, which is somewhat a result of public response, and partly due to constant improvements in the capabilities of the printers. “That’s one of the best things about this: the technology is improving so fast,” Barrero says. “It’s hard, because you have to keep up, but it’s exciting. Every day there are new possibilities.”

SHARE
Twitter, Facebook, LinkedIn, Pinterest, Email
TAGS
Lighting,
AZURE is an independent magazine working to bring you the best in design, architecture and interiors. We rely on advertising revenue to support the creative content on our site. Please consider whitelisting our site in your settings, or pausing your adblocker while stopping by.