Save energy and get closer to achieving Carbon Neutrality
Mirabilia Installations Bring History Alive at Italy’s Villa Imperiale
In Italy's historic Villa Imperiale, the Mirabilia series of installations by Plus Ultra create a playful design dialogue with the late Renaissance. 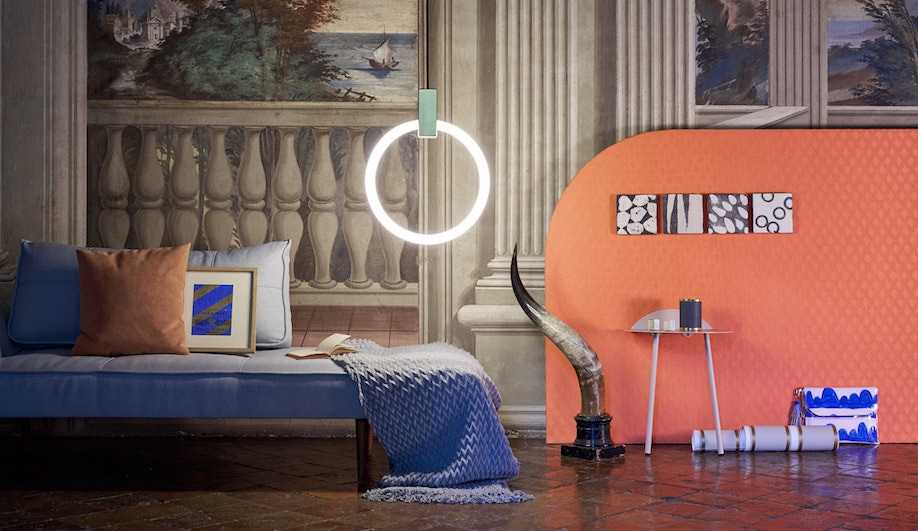 The Villa Imperiale on the outskirts of Pesaro is a quiet treasure trove of history. Built and decorated by Mannerist artists, the small castle boasts works by Dosso and Battista Dossi, Camillo Mantovano, Raffaellino del Colle, Bronzino and Francesco Menzocchi. Expanded by architect Girolamo Genga and later refurbished by Pietro Bembo in the 16th century, the villa’s architectural qualities meld with the art on display, offering a mesmerizing portal into the late Renaissance. But what does that mean to 21st century visitors?

Exhibited at this year’s Milan Design Week, a photo series chronicles Milanese design studio Plus Ultra’s 2018 transformation of the Villa Imperiale. A series of playful installations put the art and architecture of the high Renaissance in conversation with modern design sensibilities. 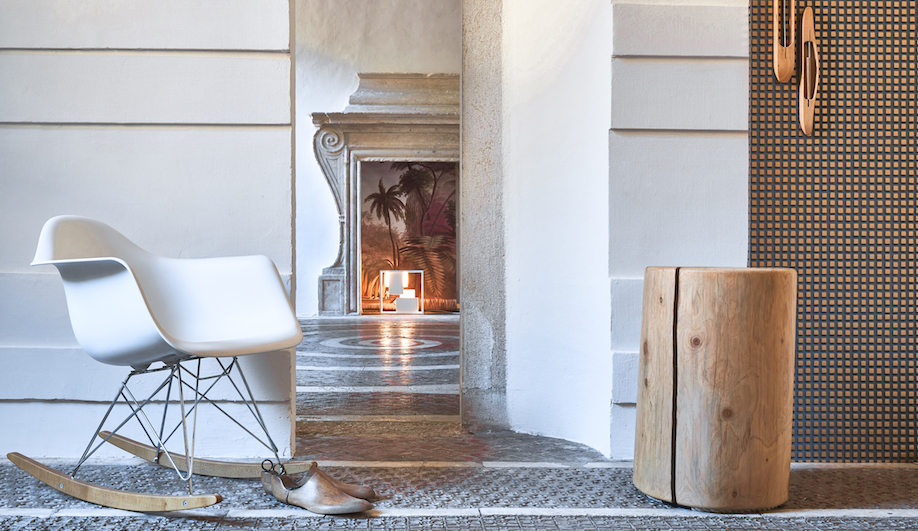 Titled Mirabilia, the 10 installations introduced contemporary aesthetics to the time-honoured spaces. Spread out across the rooms and courtyard, the “sets” used furniture, art, lighting, and decorative elements to create new domestic scenes amidst Renaissance splendour. An engaging breadth of design pieces transformed the historic contexts, in vignettes that incorporate classic 20th century furnishings – like Marcel Breuer’s Wassily chair, or a Gio Ponti table lamp – as well as found objects and affordable IKEA pieces. New pieces by emerging designers gave the spaces a 21st century flavour. In the “Unicorn’s Cabinet” vignette, Matthew McCormick’s Halo tied the scene together with an unapologetically contemporary touch. It doesn’t look out of place.

A playful contrast between the grand and the quotidian often informed the mise-en-scène, with grand Renaissance frescoes becoming the backdrops to living rooms and studies. In the Villa Imperiale’s gardens and courtyards, more rustic scenes drew the eye. The bricks and vines of centuries-old walls created richly textured backdrops for the intimate gatherings suggested by Plus Ultra’s interventions. 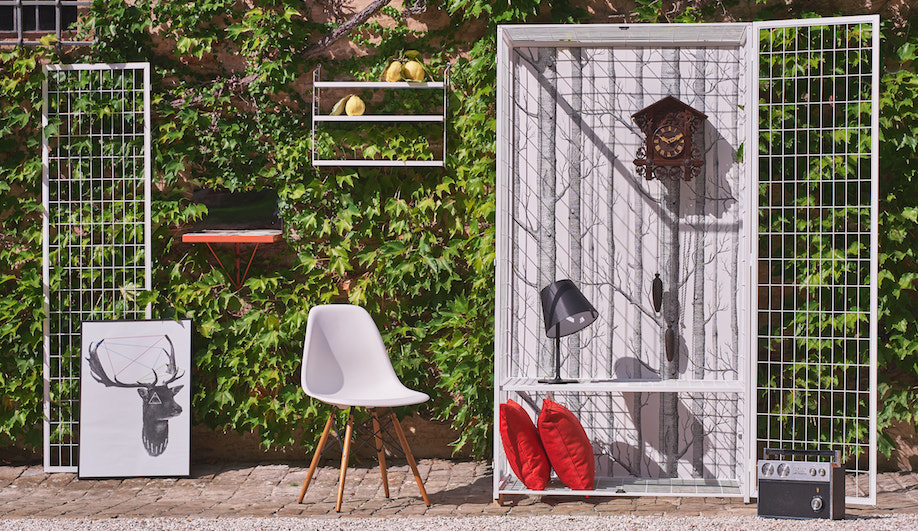 While a palpable contrast between old and new informs the Mirabilia scenes, the installations – and photographs – eschewed mere juxtaposition, creating a sense of cohesion across six centuries. Notes of colour and texture linked Plus Ultra’s interventions with their surroundings. In front of a particularly grand fresco, the painting’s blue sky backdrop is picked up by the furnishings, and anchored by a boldly solid rug. Here, a Michele De Lucchi wall lamp was paired with vintage 1950s rosewood chairs, as well as a mirror and tray from IKEA. 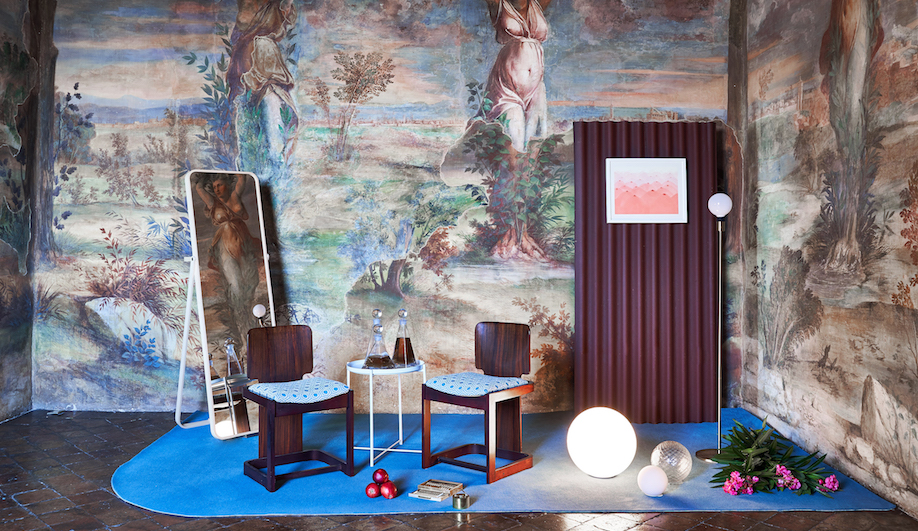 The partial nudity depicted in the fresco was also slyly referenced in a newly introduced art piece, which re-interpreted classical motifs in a contemporary spirit. The simultaneous sense of cohesion and contrast evoked a thought-provoking visual experience, with Plus Ultra’s installations celebrating the Renaissance mastery of their surroundings while gently parodying their grandiosity.

Creating deftly layered visual dialogues, Plus Ultra’s designs invited fresh perspectives of 16th century art and architecture. At the Villa Imperiale, Mirabilia conjured enriching windows to the past. This year, a new iteration of the exhibit is set to open at the very same venue in September.