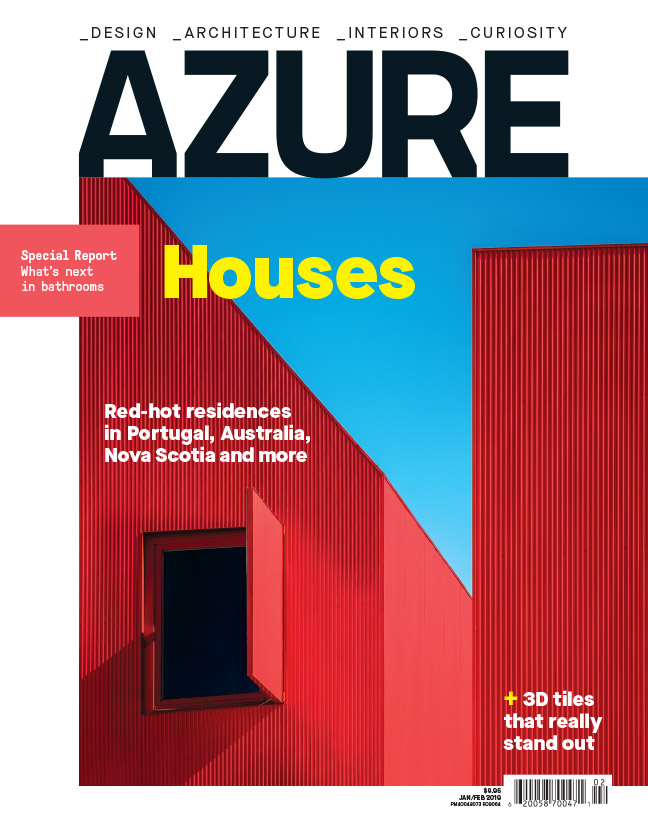 “It is ridiculous, absurd, an absolute shame,” says Mexican architect Isaac Broid, “that, as a society, we can’t coexist on a day-to-day basis with our pre-Hispanic spaces.” In southern Mexico, many ancient ruins survive as tourist attractions for archeology enthusiasts and little else. Visiting these sites usually requires a pilgrimage to an area safeguarded from the bustling urban scenes that characterize major Mexican cities. The main pyramid of Teopanzolco, however, is one of the few exceptions.

Wrapped tightly in the urban fabric of Cuernavaca, capital of the state of Morelos, the crumbling Aztec temple stood in stark contrast to its modern surroundings for decades. In 2014, Broid teamed up with Mexico City-based firm Productora to design an auditorium located just across the street from the archeological zone. The site presented a unique opportunity to establish not only a formal dialogue with the ancient structure, but a cultural one as well.

The wood-wrapped interiors rely largely on natural light and ventilation – many of the windows are covered with mosquito nets rather than glass.

The new Teopanzolco Cultural Center is simultaneously bold and discreet, echoing the triangular geometry of the pyramid while boasting an undeniably contemporary aesthetic. Ever-changing due to their partial reliance on natural sunlight (along with natural ventilation), the interiors of the 7,000-square-metre building evoke a labyrinth, unravelling as you make your way through timber-lined nooks and folds.

The pivoting main doors of the lobby are made from oxidized steel grilles and swing open to provide a view of the Teopanzolco pyramid.

Working with a restrained palette that combines ochre-tinted concrete with wood (cumaru and cumahuay) and oxidized steel, Broid and Productora delivered five different environments where they were commissioned to design one. In addition to a 900-seat concert hall, the centre features a black box theatre for experimental performances and an ample lobby that is used for chamber concerts. A small open-air theatre is tucked into a sunken section of the concrete plinth that surrounds the building; this plinth also incorporates a series of patios and gardens as well as a number of existing trees.

But perhaps the most inventive space is the roof, which dips to ground level on the pyramid-facing side and slopes upward in a series of wide steps that lead up to the highest point of the structure. “Being able to occupy the roof allows a privileged view of the pyramids, therefore establishing an otherwise impossible relationship,” explains Carlos Bedoya of Productora.

The Teopanzolco Cultural Center’s success in linking the region’s disparate architecture is unquestionable, but perhaps its greatest feat is this dynamic public space atop the auditorium. In a country facing escalating social insecurity, the importance of creating open, democratic amenities transcends leisure and recreation.

“Building this auditorium,” says Broid, “was an excuse to prove to authorities that it is possible to establish spatial relationships between our past and present.” Rare cases like this allow us to understand and value architecture not for its formal qualities, but for the subversive and transformative possibilities it offers the society it serves.

This story was taken from the January/February 2019 issue of Azure. Buy a copy of the issue here, or subscribe here.

SHARE
Twitter, Facebook, LinkedIn, Pinterest, Email
TAGS
Cultural, Institutional,
AZURE is an independent magazine working to bring you the best in design, architecture and interiors. We rely on advertising revenue to support the creative content on our site. Please consider whitelisting our site in your settings, or pausing your adblocker while stopping by.