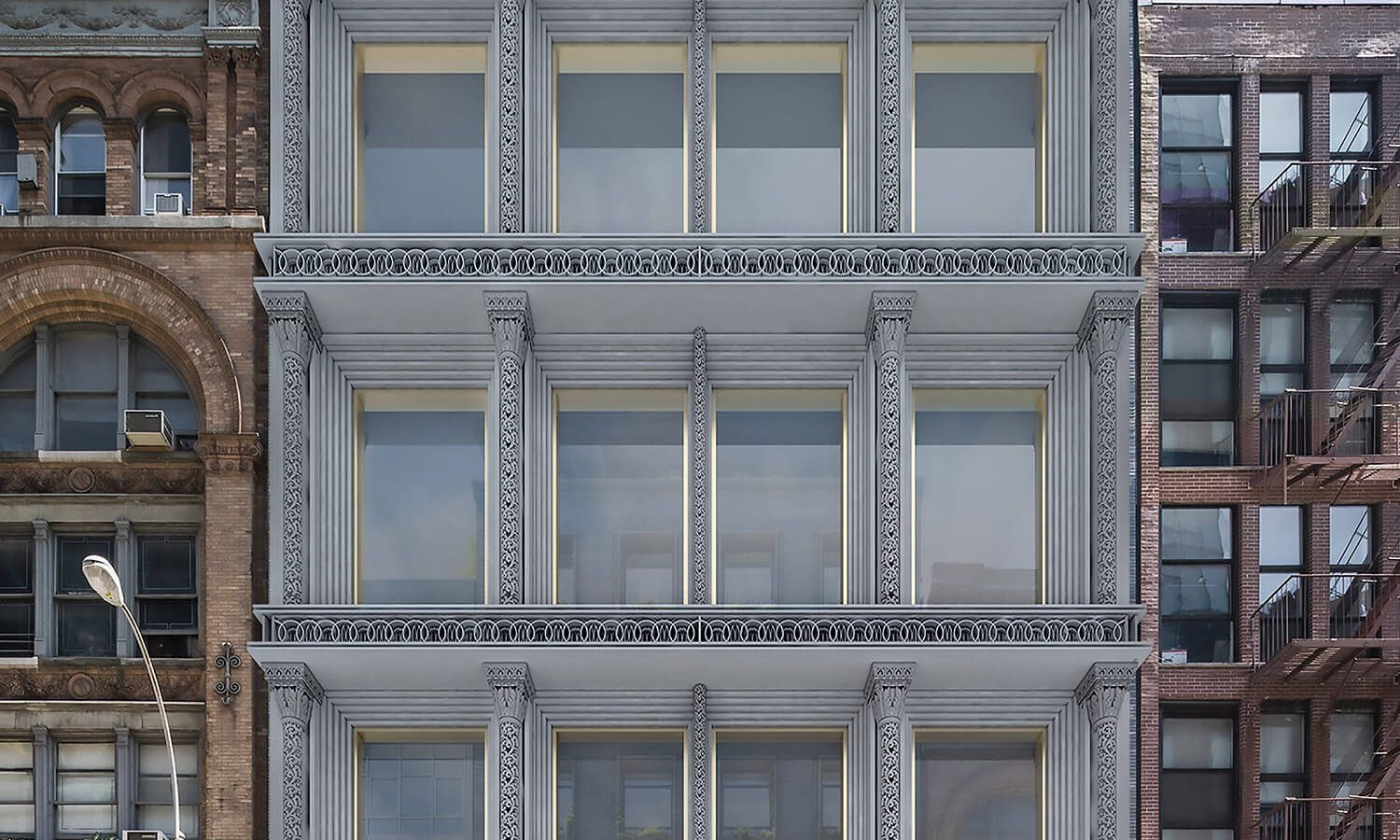 The Pros Weigh In on High-Tech Facade Restoration

How 3D printing is coming to the rescue of historically significant structures, according to new York engineering firm EDG and Ottawa’s If Then Architecture

The first point of communication for any building is its facade. It can signal a building’s function, its innovation, its contemporaneity. In the case of historic restorations, this can still be true despite a structure’s age. John Meyer, founding partner of New York–based architecture and engineering firm EDG, believes modern-day techniques like 3D printing are ideally suited to facade restoration (not to mention new construction).

“As facades deteriorate, teams are brought in to devise repairs instead of replacing parts. The result is patchwork construction with uneven quality and a limited lifespan of 10 to 20 years. 3D printing, on the other hand, allows us to scan and store a digital catalogue of parts – should one need to be replaced – with reprinting and recasting even possible on-site the same day.”

To showcase the technology’s potential, EDG prepared an independent proposal inspired by 574 Fifth Avenue (shown), a 1940s building with an ornate yet deteriorating facade. The firm cast concrete parts with 3D-printed plastic forms inlaid with reinforcing laser-cut wire mesh and stirrups. It was thus able to reproduce damaged building elements efficiently and economically, demonstrating that “architectural gems” could have a second chance.

Other digital technologies are allowing consultants to introduce metric feedback from the construction site into BIM. The Ottawa firm If Then Architecture thinks laser scanning and similar technological capabilities will ultimately have a greater impact if they’re integrated in iterative phases of the restoration process. For the design of the Visitor Welcome Centre on Parliament Hill, IFA employed a cocktail of technologies that do more than just document the pre-renovation context.

“From the three-dimensional data set, a number of useful items can be created,” says principal James Hayes. “In the case of stone facades, it is most often effective to create a 1:1 replica milled using a CNC router or robotic mill. Alternatively, a mock-up can be produced ‘virtually’ via sculpting or modelling software to manipulate the scan’s data directly. After the mock-up has been completed, whether by hand or digitally, the final element can be machine-milled from stone.”

While limitations do exist (“the biggest obstacle to 3D printing facade elements,” says Meyer, “is that printers aren’t yet capable of producing large parts or uniformly continuous lengths”), Hayes points to the need for a more dramatic paradigm shift in the industry. “In order for full integration of these technologies to work,” he says, “current project delivery methods, contractual structures and liability standards need to significantly change.”

Regardless of what the future holds for digital fabrication in architecture, it’s clear that – at least when it comes to restoring historic facades – technology-driven solutions are becoming the industry standard.  edgnyc.com, ifthen.ca

How 3D printing is coming to the rescue of historically significant structures, according to new York engineering firm EDG and Ottawa’s If Then Architecture