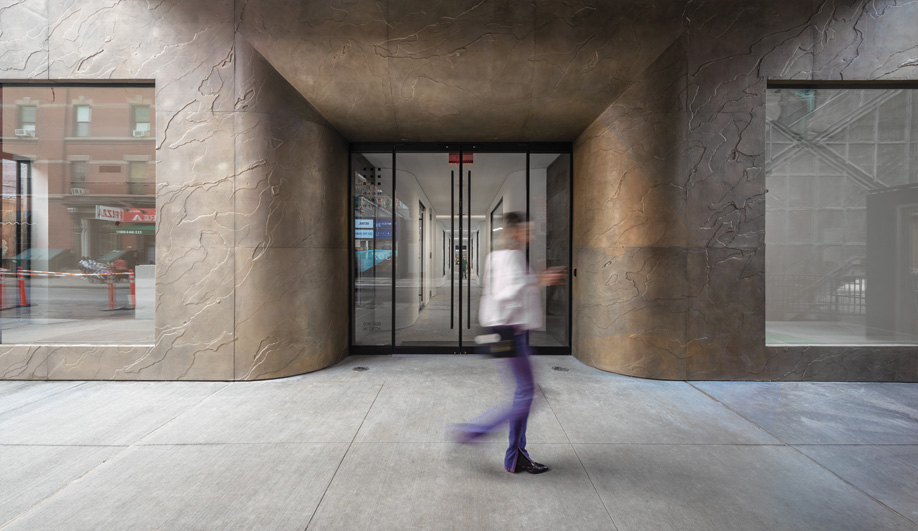 A Study in Bronze

At studioMDA’s High Line Nine in New York, the collaboration between an architect and his foundry of choice yields a striking cast-bronze facade

Last year, Markus Dochantschi completed two art venues along New York’s famed High Line: Kasmin Gallery and High Line Nine. In an auspicious coincidence, both are situated within view of the 520 West 28th condos by Zaha Hadid Architects, the firm at which Dochantschi worked before opening his own office, studioMDA, in 2002.

For High Line Nine, Dochantschi decided to clad the low-slung, 929-square-metre building in a striking yet understated facade that curves its way into the entrance. “Because of its proximity to the High Line,” he says, “I wanted to make sure not to do a very loud building, but I did want to use a traditional casting method as well as state-of-the-art 3D-modelling software.” Ultimately, the architect opted for an elegant white-bronze facade that subtly referenced the scrapyard formerly located on the site. The casting of the facade’s metal panels was done with 3D-printed sand moulds, allowing for each of the panels to be unique. 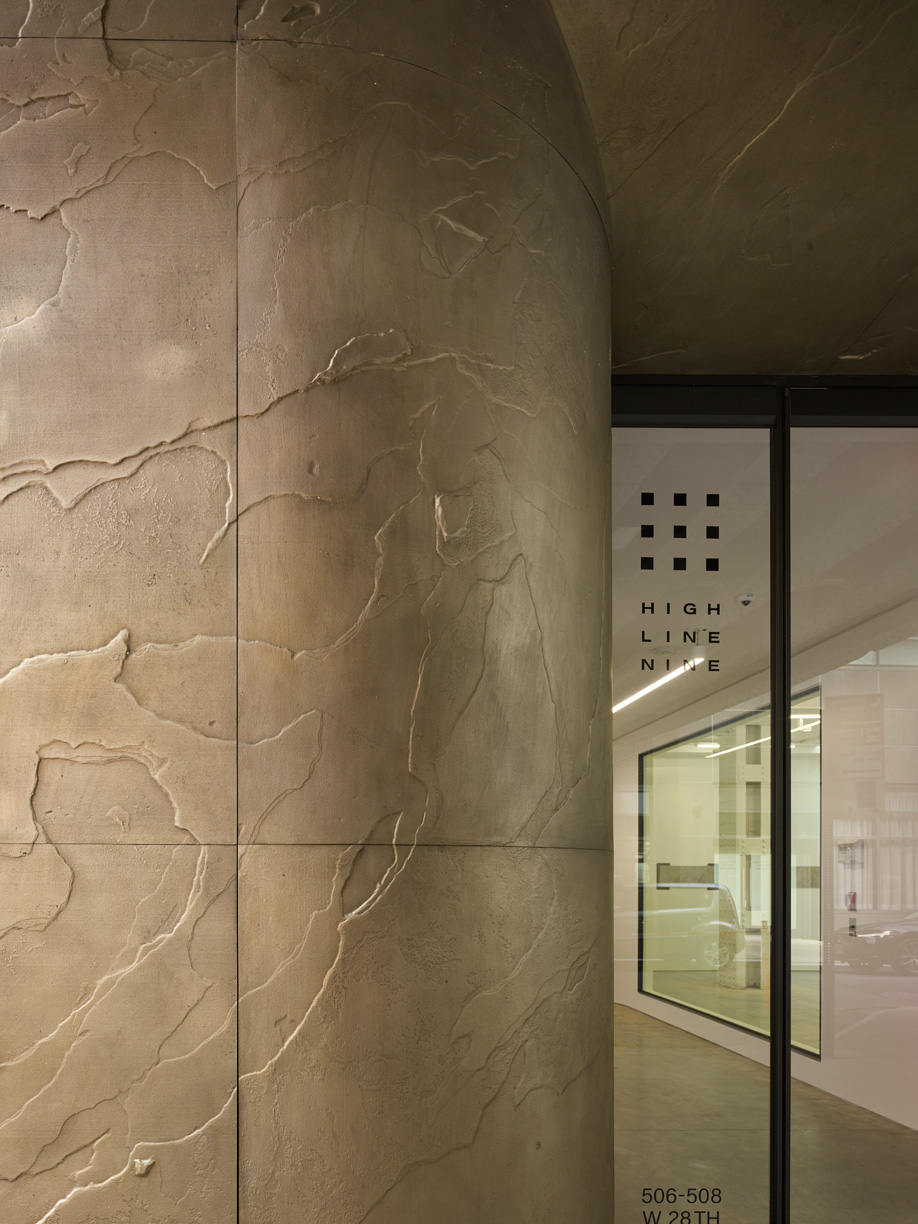 For his fabricator, Dochantschi chose Polich Tallix, an upstate New York foundry that specializes in complex work, including sculptures for Joel Shapiro and Jeff Koons. When he approached the business to create the panelling for High Line Nine, its owners were enthusiastic. “This is unlike anything we’ve done before,” they told him, “so we really want to do it.” 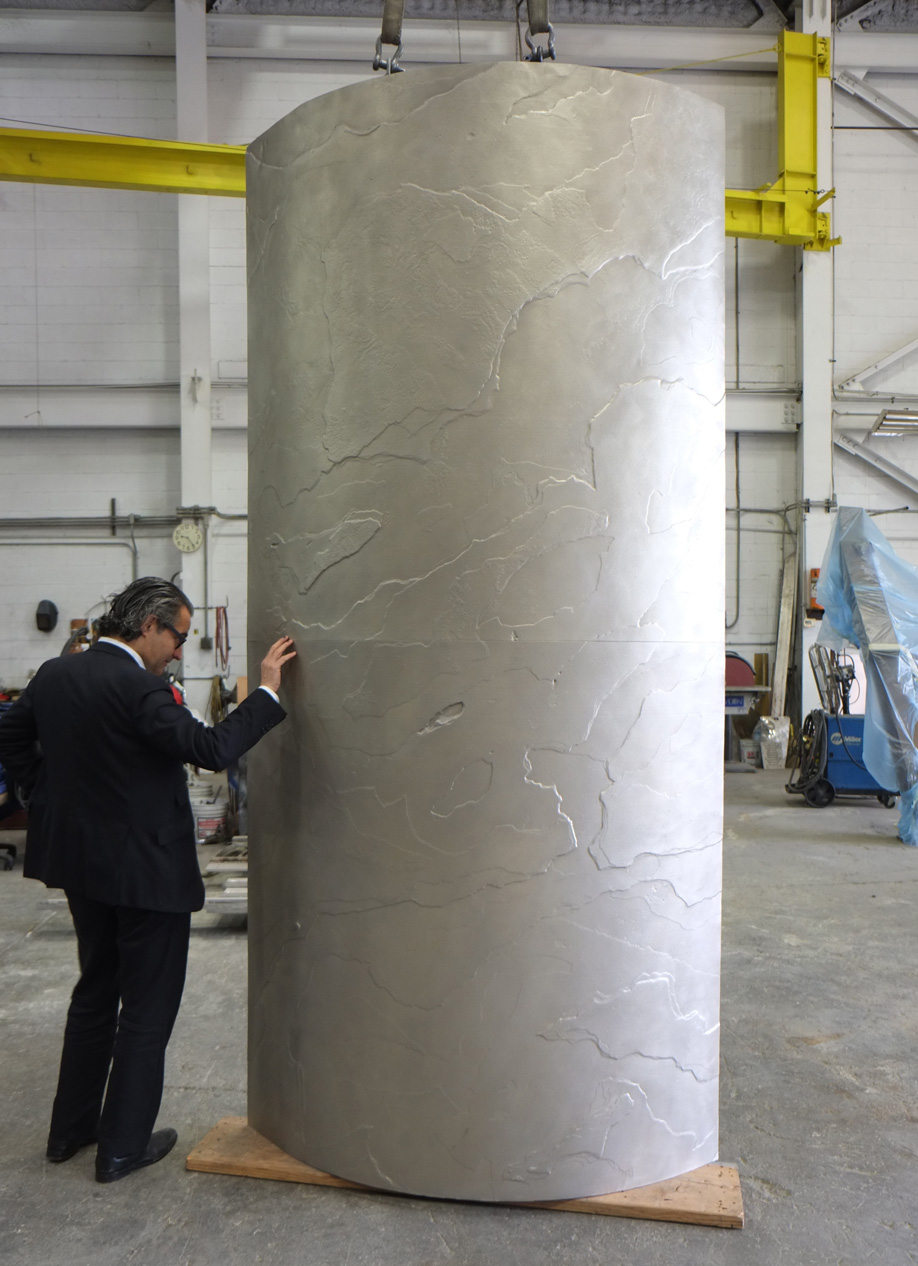 The point of departure was a 60-by-91-centimetre slate slab that the team found in a stone yard. They scanned the slab to capture its contours and depth, then manipulated this image and applied it to a 3D model of the gallery created with ZBrush, a digital sculpting tool used in the movie industry. After figuring out the maximum size that the foundry could cast – 142 by 229 centimetres – Polich Tallix created sand moulds and cast 66 panels: 27 for each side of the front facade as well as 10 on the east side and two on the west side.

Because the entrance’s two identical sides are curved, it was necessary to bend the panels in some areas. Waterjet-cut for perfect alignment, the panels were assembled in the Polich Tallix warehouse before being shipped to Manhattan for installation. The dramatically veined cladding evokes both metal and stone, two time-honoured materials that were replicated, in this case, via both new technologies and some old-school casting know-how. 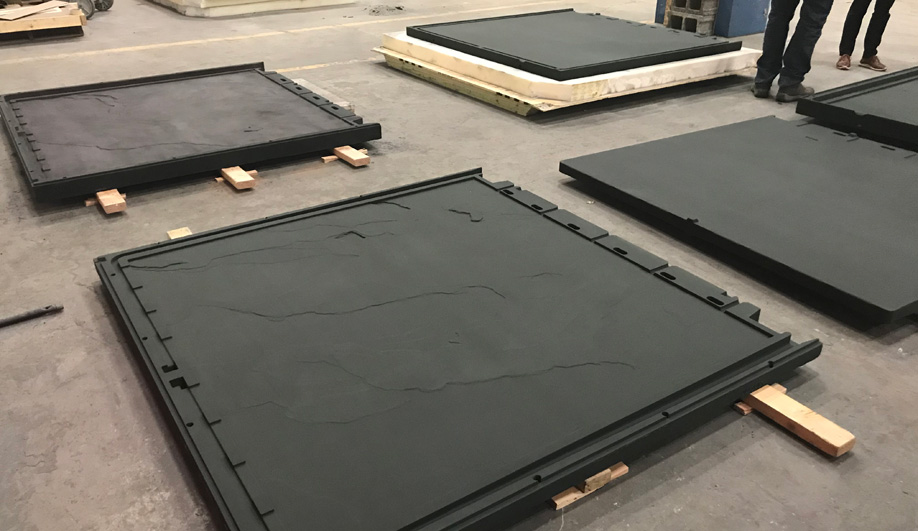 When designer Marc Newson needed a shimmering display feature for a landmark Azzedine Alaïa exhibition, he called on the pros at Neal Feay

Founded in 1945 and based in California’s Santa Barbara County, Neal Feay Company is an aluminum fabricator whose portfolio is, to say the least, broad. Encompassing everything from women’s accessories for Hermès brand Petit H to the world’s biggest subwoofer, the projects are “just all over the map,” says Neal Feay’s president, Alex Rasmussen, grandson of the firm’s namesake founder. 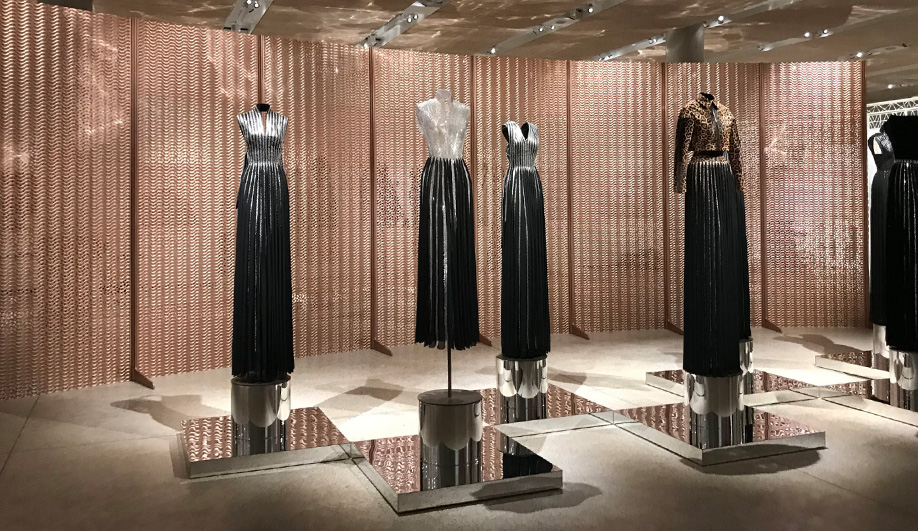 For Marc Newson, one of a roster of major names with whom he frequently collaborates (others include Peter Marino, Holly Hunt and Joan Behnke), Rasmussen recently helped make the shimmering pink aluminum screens that the architect designed for last year’s Azzedine Alaïa retrospective at the Design Museum in London.

“They got a beautiful, demountable Marc Newson piece for the price of manufacturing,” quips Rasmussen. The core idea was to make metal look like fabric, thereby changing the perception of what anodized aluminum can be. Newson’s team designed the motif, while Neal Feay engineered the deep-textured, double-sided surface using Rhino, SolidWorks and Mastercam. The panels measure 3.5 by 11 metres and are only 15 millimetres thick. The firm manufactured them in its 4,645-square-metre factory and sent them to London – via FedEx – for just $2,400.

SHARE
Twitter, Facebook, LinkedIn, Pinterest, Email
TAGS
Architectural Products,
AZURE is an independent magazine working to bring you the best in design, architecture and interiors. We rely on advertising revenue to support the creative content on our site. Please consider whitelisting our site in your settings, or pausing your adblocker while stopping by.