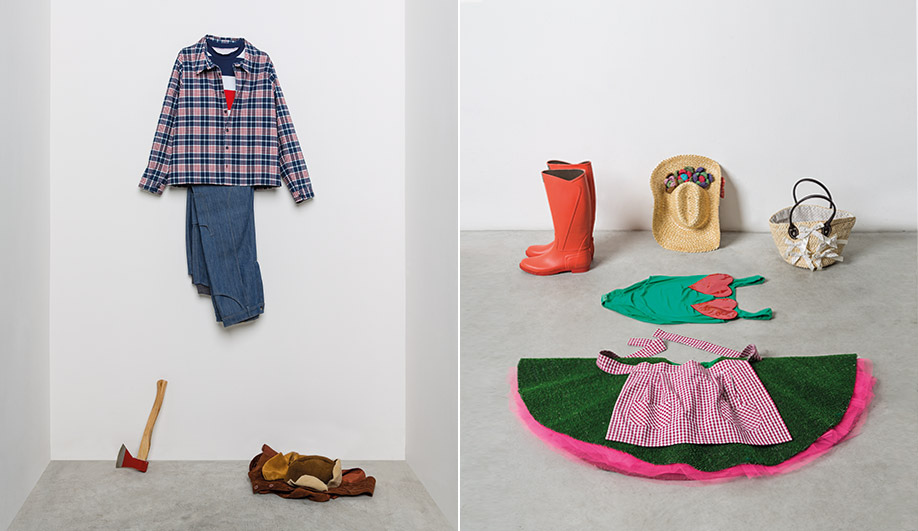 Lumberjack by Vivienne Westwood and gardener’s garb by Elio Fiorucci 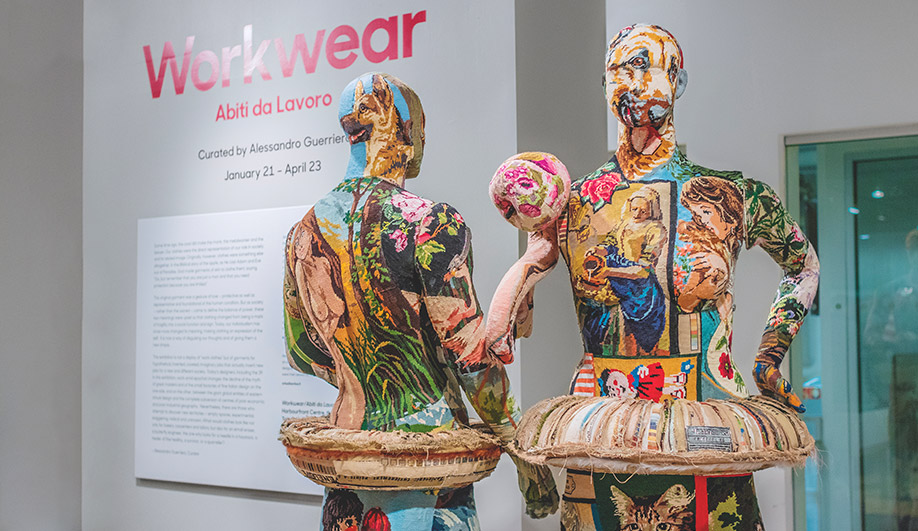 Adam and Eve going shopping in costume, by Frédérique Morrel 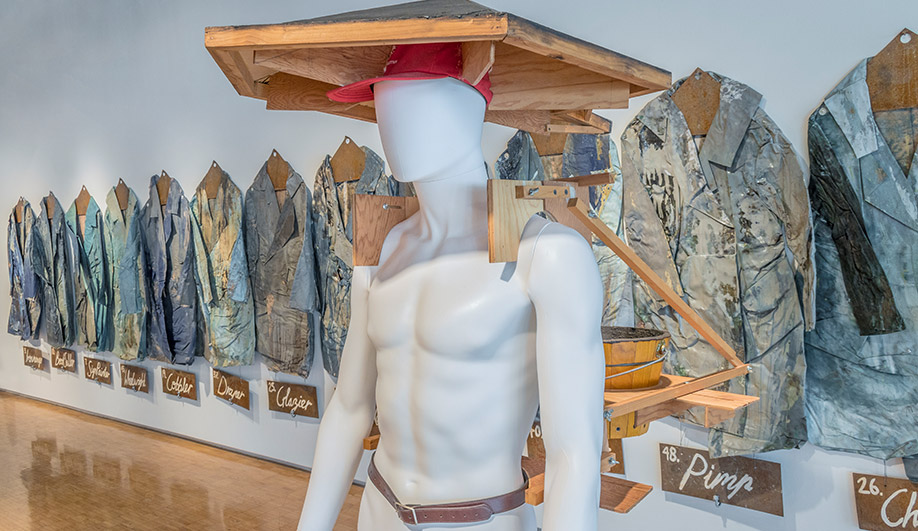 Hat/Roof, by Alan Wexler(foreground), and Workers of the World Unite, by Faye Toogood 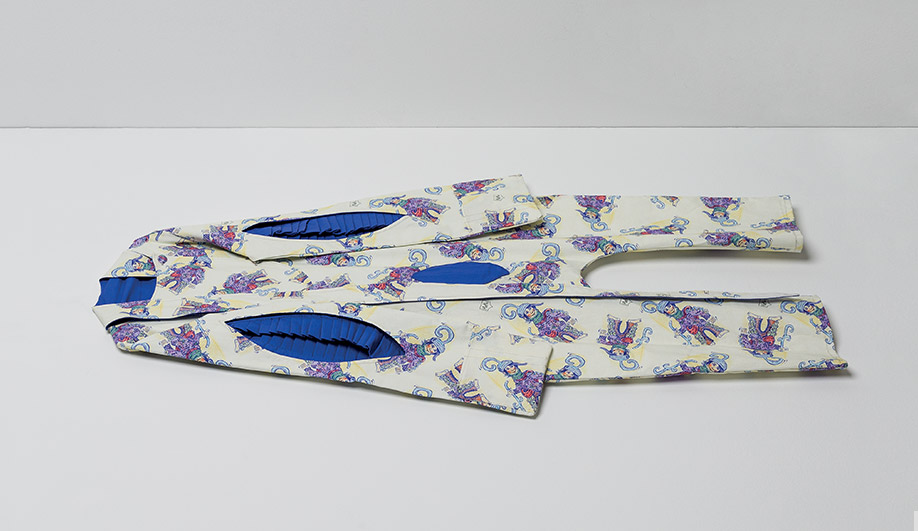 Clothes for a bearer of good news by Matteo Guarnaccia 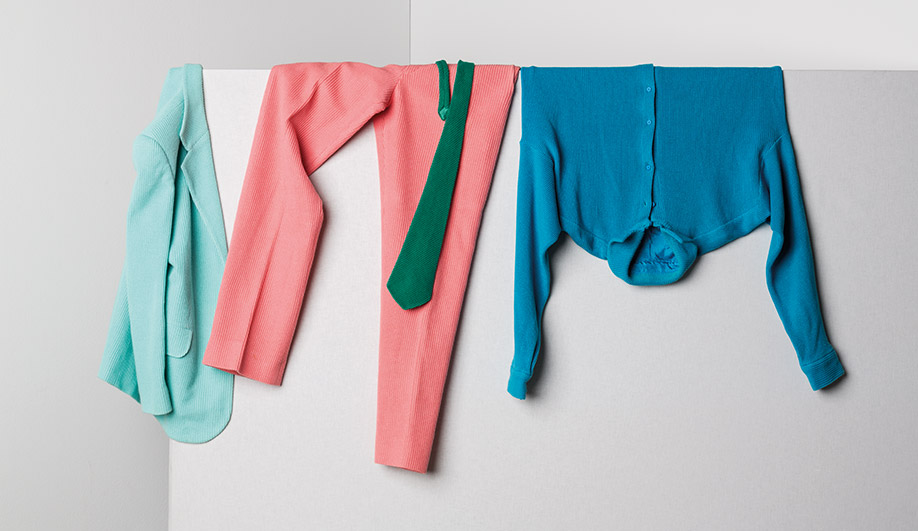 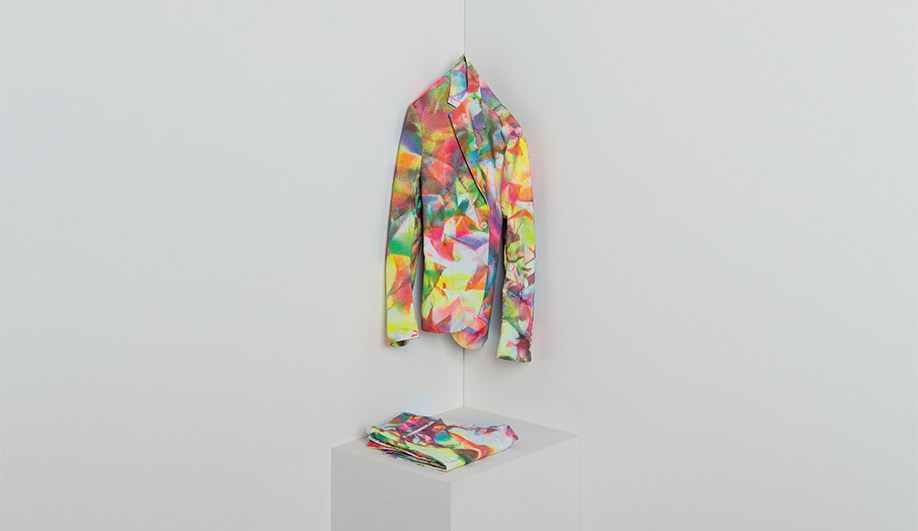 Work clothes for an Italian, but Daniele Innamorato 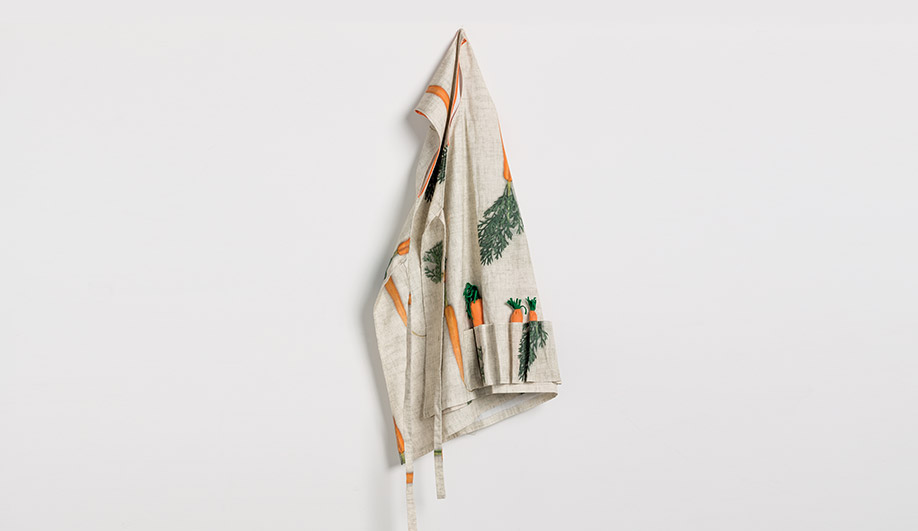 Clothes for a carrot picking girl, by Colomba Leddi 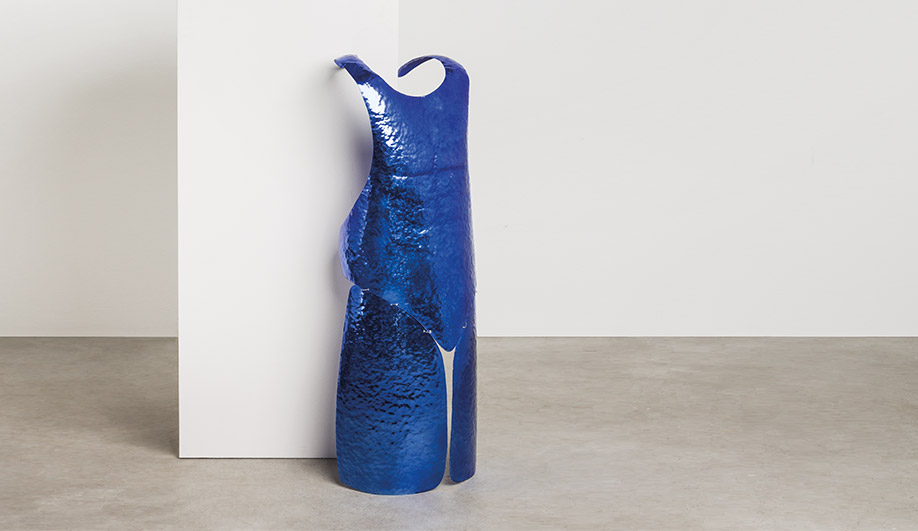 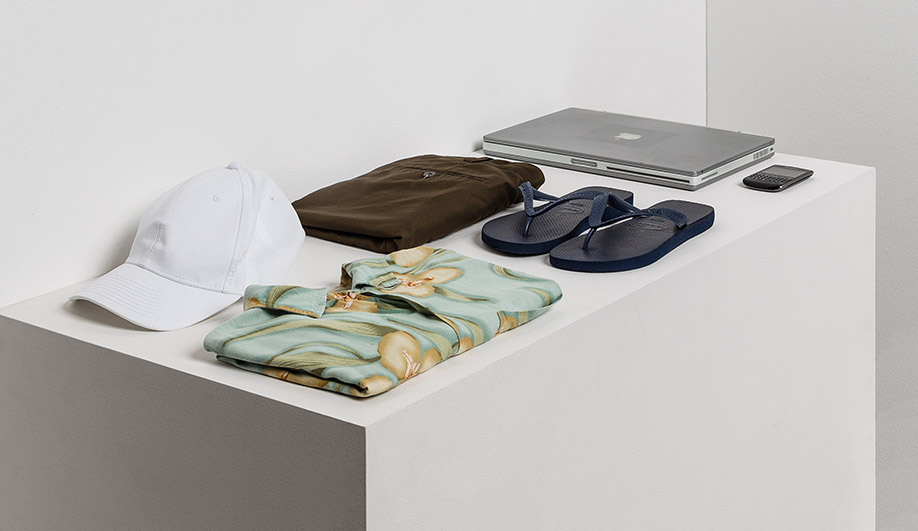 It started with a conversation between Alessandro Guerriero and Arkadia Onlus, an organization in Tuscany with a mission to assist young people with physical and social disabilities through social interaction and work projects. They were looking for ways to move beyond some of the more banal and repetitive tasks that were being offered to the participants. Guerriero asked if they could sew. Thus began the journey that resulted in the Workwear exhibition.

Sewing machines and fabric were donated from the nearby factories, and volunteers emerged willing to teach the required skills. Guerriero took on the task of inviting designers and artists to volunteer a design. Invitations went out to 100, and 39 responded in the affirmative. Twelve of the participating designers submitted sketches that were then turned into garments sewn by the young participants at Arkadia Onlus. 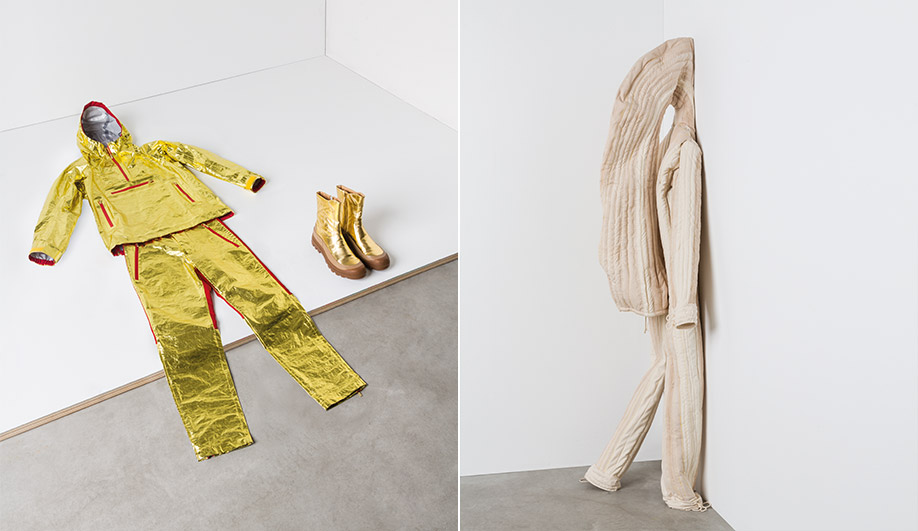 Work gear, and the kind of activities it might be worn for, is liberally interpreted by the participating designers and artists – who include some of the biggest names in their fields – with results ranging from the fantastical to the drole. Issey Miyake, for instance, contributes a gold reflective hazard suit that looks ready for extraterrestrial deployment, while Vivienne Westwood’s Lumberjack outfit might be aimed at the urban hipster. Design theorist Andrea Branzi suits up the mythic nomadic worker, whose “office” is the beach, while artist Matteo Guarnaccia imagines what the bearer of good news might don.

Guerriero, founder of Studio Alchimia in the 1970s, elucidates: “the concept of work is undergoing huge transformations and work clothes are a consequence but also, and perhaps more, the new clothes help us understand how the world of work is changing… What are these jobs? Here they range from the dreamer who empties the sea with a spoon, to the mail destroyer, to the nostalgic one, to the dithering monk, to the one lost in the city, to the healer of the healthy, to the seekers of needles in haystacks, to the ones in a hurry….” Leaving us all to ponder, if the clothes fit…

Workwear (Abiti da lavoro) was first exhibited at the Triennale in Milan in summer of 2014. Since then it has been shown in New York and recently it opened at Harbourfront Centre in Toronto, where it is on display until April 23, 2017.

SHARE
Twitter, Facebook, LinkedIn, Pinterest, Email
TAGS
Art, Exhibition, Fashion,
AZURE is an independent magazine working to bring you the best in design, architecture and interiors. We rely on advertising revenue to support the creative content on our site. Please consider whitelisting our site in your settings, or pausing your adblocker while stopping by.